I am simply an administrator at this nonprofit Community Sports Stadium, where I work with a great group of people who take delight in putting people first.

The title is a little misleading, perhaps I should have called it what happens when an athletic track reaches its best before or use by date.

The track at Claremont Stadium is now 20 years old. Since it was first laid it has had many famous and not so famous feet pounding their way around it. It is the home of Navan Athletic Club and is a second home to many clubs in the County of Meath and in Leinster.

As a member of Navan Athletic Club for over 12 years I know how vital a role it has played in many peoples lives. Athletics is a sport for everyone, regardless of your ability, or your need to compete, many simply run for overall health. The track has been the venue for County and Club Championships, Leinster Championships, Special Olympic training days and events, Meath Local Sports Partnership Courses for walkers, runners and learn to cycle groups, not to mention the many personal trainers who have held courses. All in all over 200 clubs and groups make use of the Stadium on a regular basis.

So when the track became worn and due to bad winters and hot summers it began to show signs of deterioration, we knew a patch up was not going to work. The stadium staff and board began the long search for finding a grant to help put in a new track.The cost of relaying a new track comes in at €260,000. Happily earlier this year, the stadium was given a life line in the form of €180,000 from the Sports Capital program. This means the track will be replaced in July/August this year, Covid 19 Regulations allowing.

Fundraising was planned for various events, bag packs, fun runs, family fitenss challenge etc but with the arrival of Coronavirus all of these plans were put aside.

Our fundraising is now operating courtesy of our fundraising committee and some local volunteers, and donations can be made on our GoFundMe page: New Track 4 Navan.

Team Simon, (in memory of BBC Cameraman Simon Cumbers who was also a Navan AC member ) are working hard to help us with this fundraising and we thank them for their continued support.

Keith Russell, who runs ultra distances for many charities, will wear out yet another pair of shoes running for the new track on Saturday 27th June starting at 12pm and running for 24 hours. Estimated distance 220km. Thank you Keith and his family.

Nichola Duffy, another lady who wears out many pairs of shoes runing great distances is promoting, supporting and giving her time to helping us with this fundraiser, thank you Nichola.

During this time most of us have an odd day. A day when all feels not right. It could be a small incident that triggers this feeling and it is understandable. It is okay to feel like this now and then.

Also remember ying and yang – good and bad. When we have good days, they can be really good.

So with that in mind I have a few wordpress site links below which have brought a smile to my face or made me stop and think of how lucky I am.

From late February / early March when the Covid 19 pandemic hit our lives, Claremont Stadium Staff were on alert as to how this would impact our community.

As many of those who visit the stadium know we are a community based stadium whose mission is to offer courses, and sporting opportunities to people of all abilities and walks of life. So we had no option but to close our doors to protect everyone. Since then we have been working remotely.

On our social media pages we have been focusing on keeping people informed about online courses, home schooling. Also putting up links about Wellness, Meditation ,and of course physical fitness challenges and programs.

What we have learnt during this period, or been reminded of, is that Irish people are resilient and our sense of humor comes alive in times like this.

We would like to thank all of those who volunteer within our neighborhoods, these are not people who put up posts about running to the shops/chemist for a neighbor, baking cakes , making baskets of fruit and leaving them on doorsteps. Ringing a doorbell and walking or running back to the gate to stay and talk to the lone householder, simply to check on them and pass some time talking. These small things make a difference and we would like to say thank you to all who are doing this.

Emotions are running amok, since early March when all of the Covid 19 precautions kicked in and we were made aware that this virus was going to stop our normal lives many people I have met have admitted to feeling a little lost at times.

The question is how to stay motivated, I have no answers but there are plenty of suggestions on the www that might be of help to anyone who is struggling at present. Here is a list of sites you might like to visit.

MeathPPN website has an interactive map for services available

The HSE site also has links to many services for those who are anxious or worried or simply need someone to talk to or get advice.

With schools closed, home schooling is a necessity and schools are working with parents. However if you feel a secondary school pupil needs grinds this site might be of help: homeschool.ie

At this time CORE Ireland (Meath) are still accepting/distributing food to find out more please check their facebook page.

Though the stadium is closed the office staff are working from home, so please let us know if there is any way we can help you.

The Month of March sees the start of 3 courses here at Claremont. They are:

The trouble is, everyone, myself included discover that, these monumental goals get lost in the everyday list of must dos and have to’s.

So this year I won’t set myself a huge goal but rather will break it down into a smaller chunk. For example “Today I will set aside ten minutes to write in my diary. Today I will walk for twenty minutes! This summer I will fill three window boxes with bee friendly plants!” My aim is actually to get somewhere, not just sit and think about it in a wistful manner. And if I forget today, there is always tomorrow.

Do you achieve your resolutions and if the answer is yes, please let us know how you manage to do so.

The Frosty Fest event was a loud, noisy and fun filled afternoon. The only person the children were interested in was Kelly who gave instructions for the activities. All went well until a rumour started that “Santa was in the building!.”

When Santa arrived carrying a very heavy looking sack and flanked by two elves who were as excited as the children, the noise was excessive, the singing jubilant if off key but all in all it was an occasion not to be missed or forgotten.

We often get asked, “is there any thing other than Soccer and Athletics in the Stadium?”

The answer is yes! Each Monday afternoon at 5pm a dance teacher arrives to teach boys and girls movement and dance, at 6.30pm Navan badminton juvenile club meet for an hours training and fun.

On Tuesday evenings at 6.30 Navan Athletic Club meet and they take children from the age of 6 years upwards.

On Weds afternoons after school the Parcours group meet here at 3 to 6pm, they are in the hall, and have a face book page where you can check out what they do.

Thursday; Emma’s dance group are here again at 5pm. The local Girl Guides and Brownies group meet at 6.15pm for an hour. Parkvilla Belles soccer team for girls meet on Thursdays at 8pm

The Brickx club meet up every 2nd Friday of the month at 5.30pm.

On Saturday Morning we have a group called Little paws, (on FB) who meet and learn how to train their dogs, for agility and how to do neat tricks. This is a great club for children and their four legged friends.

So as you can see there is a good mix of sports and clubs here at the stadium.

Our Christmas event for children has been named as “Frosty Fest”.

We know from past experience this will be anything but “Frosty”. The afternoon will feature crafts and games suitable for boys and girls of 4 to 12 years of age. And there will be a special guest appearance from Santa and his elves. Santa will be with the group from 3 – 4pm to supervise the crafts and lend a helping hand.

It will also be a chance for parents to get a photo of their children with Santa. For the €5 charge your child will receive 2 hours of fun and games, Santa will be there with his elves to help with the crafts and games. The games and crafts will be based on current children’s favourite authors. Each child will leave with a letter from Santa along with a treat.

The end of October signals not only bonfires and fireworks but the arrival of the run up to Christmas.

In the Claremont office much attention is always taken up with ideas for fundraising. This year, our Christmas event is a Craft and Fun afternoon (23rd November) with a visitor from the North Pole who promises he is simply dropping in for cookies and tea and not to check on his naughty or nice list. The afternoon will have a very organized creative leader, Kelly from Button Books Kells, who will stir in just enough fun to make certain everyone enjoys their craft filled session.

More information on this event will be posted on Facebook , later in the month. 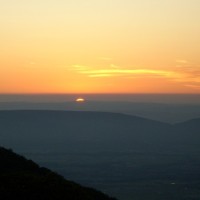 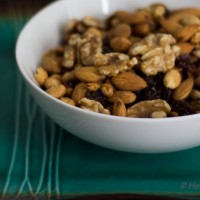 Giving a voice to my thoughts...

Advice, learning activities and recommended toys, books and resources for children with SEN

Understanding ourselves and the world we live in.

Thoughts on the Earth and the internet (and often, the connection between the two)

SUSTAINABILITY IS A PATH, NOT A DESTINATION

The Off Key Of Life

Or….Identifying The Harmless Unhinged Among Us.

A blog about Irish books, writers, writing and everything in between.

A Year In Redwood

A diary of life in rural Redwood, Co. Tipperary as told by a city girl

because along with motherhood came these super powers

Healthy Eats For All